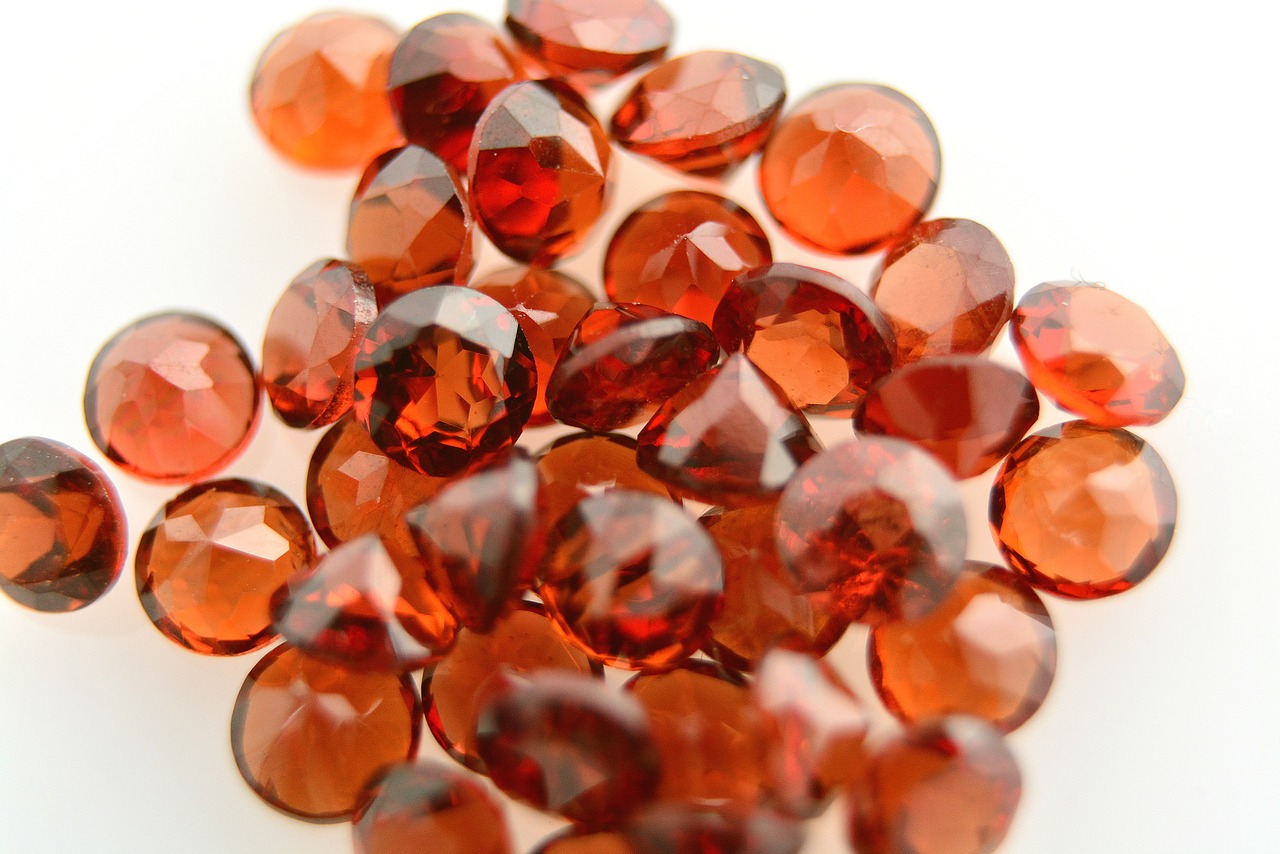 There’s no denying that January’s birthstone, garnet, is a beautiful gem. However, did you know it comes with a long history? We’ve put together all kinds of tidbits and facts about one of the best gemstones! Read about how garnet has been a part of human civilization since almost the beginning.

Garnet refers to a mineral group made up of the same or similar chemicals, not just the mineral used in gemstones. It can be found in different colours including green or yellow, but red is the most popular because it’s more common. All colours are acceptable to wear for people born in January, but in the end, it all comes down to personal preference.

2. Garnet Comes in Just About Every Colour!

January’s birthstone comes in just about every colour under the sun, and they all have their own names, too. There’s demantoid, which is green and one of the rarest varieties available, and almandine, which is the most common. If you want to see a full list, you can find it here.

As we just mentioned, garnet is fairly durable. It ranges from 6.5 – 7.5 on the Mohs scale. While it doesn’t have the strength of a diamond, garnet is strong enough that it doesn’t always need additional treatments. This makes it a more financially viable option for people who want natural stones without a hefty price.

While Africa is the predominant location for garnet, it can also be found in India, Central America, and the USA. At one point, Czechoslovakia was a major producer, as well.

Garnet is the state mineral of Connecticut and the state stone of New York and Idaho.

There’s some debate as to where the name for January’s birthstone came from, but experts have narrowed it down to two plausible sources.

One is that the name is a derivative from the Latin word “granatus,” which translates to grain. It could actually be a reference to a pomegranate seed, considering how similar the two are in colour.

The other is that it comes from the Middle English word for dark red, which is “gernet.”

January’s birthstone can be found in jewellery from ancient Egypt, Greece, and Romans. It can be found in Egyptian Princess Sithathoryunet’s tomb, adorned on a crown, broaches and for Romans, and earrings and hairpieces for Greeks.

In 1892, the Hunzas in Kashmir used garnet bullets to fight off the British troops. It was believed that garnet was more deadly than other materials used for weaponry.

During the Victorian Era, bohemian garnet was all the rage. This just means that the garnet came from Eastern Europe. If you have prior knowledge of the fashion during the time period you’ll know that bigger was better. That’s right, jewellers at this time would create ornate broaches, earrings, necklaces – you name it, garnet was included!

While many stones have to be mined out of the ground, garnet’s one stone you won’t find there. It’s actually found as pebbles in streams and other bodies of water that have eroded parts of the earth that once contained them.

We have to take this one with a grain of salt because unless you’re going to travel back in time, there’s no way to confirm this happened. However, it’s said that Plato had a portrait carved of him in January’s birthstone. Odd, yes. Cool, also yes. True? Who knows?

It’s said that the rarest form of garnet is the blue variety. It was found in Madagascar in the late 1990s, but it tends to change colour. Usually, it changes to a green colour when heated up, but because it often looks like Alexandrite it’s hard to determine exactly what kind of stone it is when on the job site.

Garnet is supposed to be part of the gift you give your spouse for the second wedding anniversary. However, in this day and age, you can give it to your loved one whenever you want (if you want to).

It’s undeniable that January’s birthstone is a gorgeous one, but did you know that garnet is also used for industrial purposes? It’s often used for waterjet cutting, water filtration, and abrasive blasting. That’s right, when you go to the hardware store to pick up sandpaper for your mom’s new cabinet that your dad’s building, you’re essentially buying tiny fragments of garnet. Mind you, it’s made of low-grade stones – you won’t get a huge sum of money for selling sandpaper online.

Just like any other gemstone, this one is associated with several different ideas. Many people believe that garnet is the stone of love, passion, and friendship. It’s said that it’s very closely tied with the human heart, and that’s probably why it’s not just a gift option for the 2nd wedding anniversary, but the 6th as well.

January’s birthstone is said to be tied to the human heart and blood. It’s been used in the past to treat skin, blood, and inflammation. It’s also said to helo with endurance, strength, and vitality. Many people today hold these beliefs and swear by them.