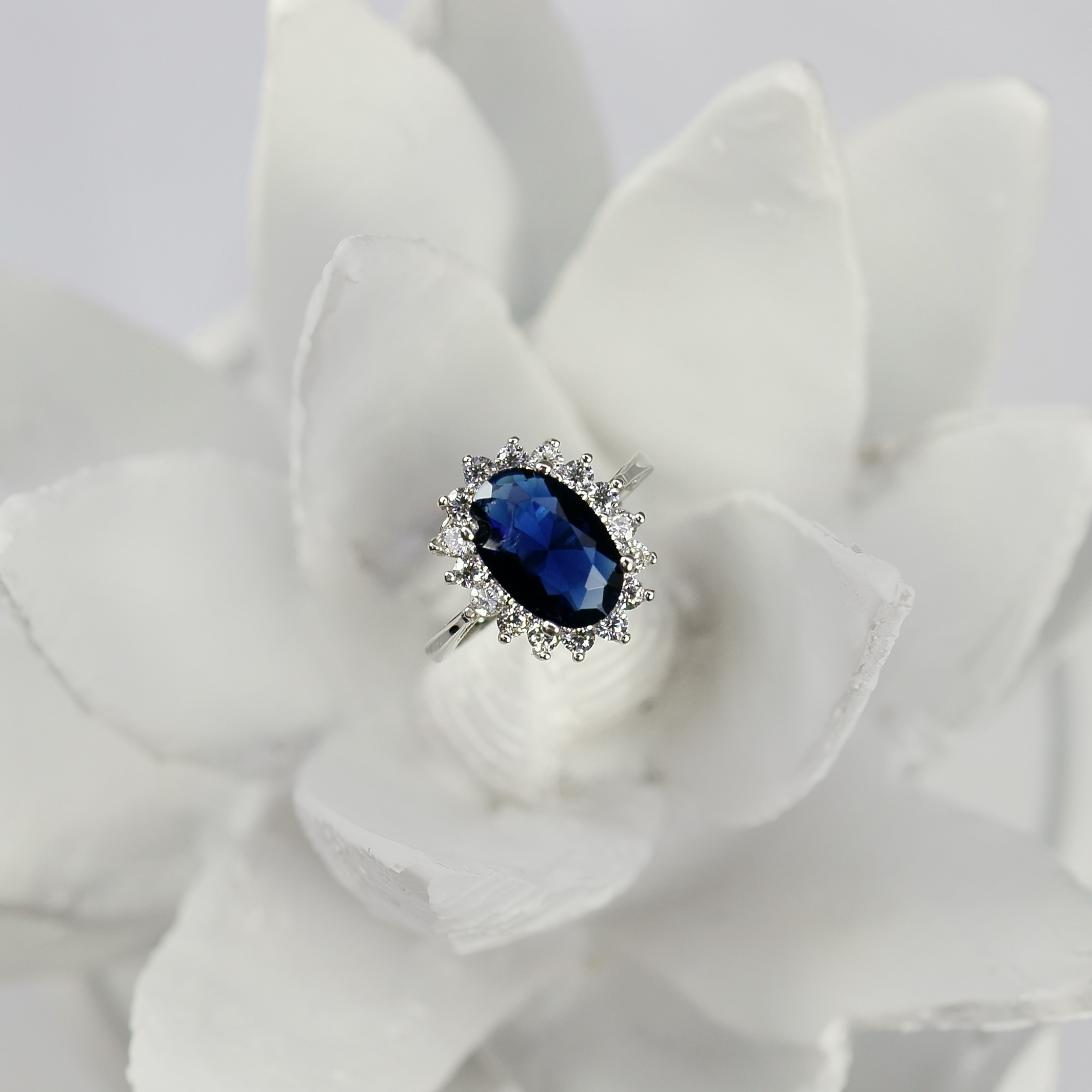 September’s birthstone has been popular for centuries. From ancient tools of healing to modern engagement rings, this gemstone has found its way into our lives in just about every way possible.

1. The Meaning of Sapphire

Sapphire comes from the Latin word “sapphiru,” which means blue. The word transformed into “safir” at some point, which led to our current day sapphire.

2. They’re Mined All Around the World

September’s birthstone can be found all over the world, including Cambodia, Australia, and Madagascar.

3. Available in a Variety of Colours

Sapphires come in just about every colour of the rainbow – except red and some ones. As explained in our July blog post, the presence of chromium in corundum makes the gemstone red, and thus a ruby. Titanium, iron, and copper are a few elements that classify corundums as sapphires.

4. Colour Changers are Gorgeous, too!

Some sapphires have a unique category: colour changers. As you can guess, these gems change their colour depending on the light. Typically, they’re blue in natural light and take on a more purple hue in artificial light. The change is often subtle, but beautiful nonetheless.

5. Many are Colour Enhanced

Just like many other gemstones, sapphires undergo treatments to enhance their colour.

Sapphires are so strong, they measure about a nine on the Mohs scale of hardness. To put that into perspective, that means that the only stone that can do serious damage to sapphires is a diamond.

7. So Strong, it’s an Industrial Tool

Since sapphire’s so strong, naturally it’s appropriate for everyday use. That’s why Apple uses synthetic sapphires to make the screens on their watches.

Much like diamonds, some sapphires can have what’s called the “star effect.” Formally called an asterism, it’s created when inclusions (imperfections) reflect light onto the surface of the gemstone, creating what looks like a star pattern.

Over the years, September’s birthstone has been said to have healing powers. Sapphires are supposed to help with good health, protection from all things evil, and cure ailments like eye diseases.

Over the years, many attributes have been given to sapphires. They represent truth, innocence, and peace, among other things. September’s birthstone isn’t just a good gift idea for people born this month, but for everyone.

11. Blue is the Royal Colour

More so in the past, but blue – specifically darker shades – have been associated with nobility and royalty. Sapphires were seen as an extension of this idea, which is why it was so popular among the wealthy.

Members of regal families like sapphires so much, that there have been three engagements with this stone.

French Emperor Napoleon Bonaparte gave one to his wife Josephine in 1786. It contained a pear-shaped diamond and a matching sapphire pointing in opposite directions.

There’s also the royal wedding ring given to Princess Diana from Prince Charles in 1981. This oval sapphire with a diamond halo was also given to Kate Middleton from Prince William.

Sapphires have been one of the most popular alternative to diamonds. During the 19th century, sapphires were popular in Victorian era engagement rings. Of course, with the price of diamonds and the need for customization, many modern engagement rings feature sapphires, too.

Many believe that the Ten Commandments were carved into sapphire tablets. This would make them stronger so the holy text would undergo less damage and wear.

In 1995, a giant sapphire was found on the island of Madagascar. It was a whopping 61, 500 carats and weighed 27lbs. The French company that fond it sent it to Thailand to be examined by the Asia Institute of Gemological Sciences. Sending the stone away to be appraised and sold caused so much controversy in Madagascar that the President at the time was impeached.

It was also sent to the USA to be examined by The Gemological Institute of America. They declared that the stone was, in fact, genuine and natural.

In 1998 it was bought by a consortium led by Daniel Mckinney. Rather than having it split into smaller stones, he hired an Italian artist by the name of Alessio Boschi to design what would be carved into it. Boschi created a design featuring about 134 significant people, structures, and events in human history. The Great Wall of China, Mahatma Gandhi, and Gutenberg’s Printing Press are just a few of the images on the stone.

In 2001 the stone was Guinness World Records created a certificate deeming the stone to be the largest carved Sapphire.

Sapphires are traditionally given as gifts for the 5th and 45th wedding anniversary. September’s birthstone makes for a fantastic gift, even if the recipient isn’t born this month.